Let me show you around:

As a teenager I wasn’t that thrilled to study Vivaldi’s Four Seasons… too cliché. Later during my conservatory studies the emphasis was more on the big romantic concertos and for baroque it was mainly Bach…

In the video above I show you around with lots of examples. Are you serious about studying Vivaldi’s Four Seasons. Make sure to join my online course with 100+ detailed video lessons. 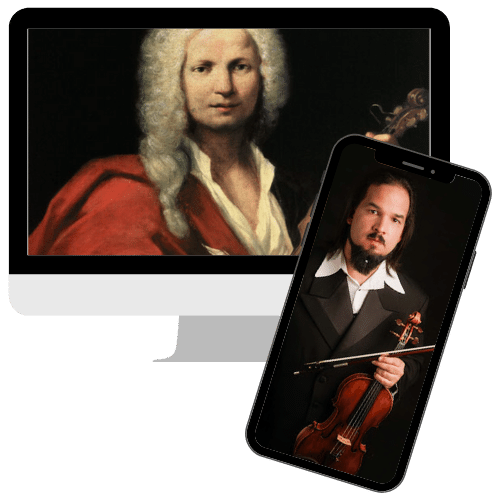 And again… if you’re serious about studying the Four Seasons by Vivaldi, join my online course! Inside are 100+ video violin lessons on Spring, Summer, Autumn and Winter.