Learn to play the eight most common chords on the violin

What is a chord?

A chord is anytime more than one note is played at the same time. Full chords must be at least three notes, so two notes at the same time are called partial chords, which are also called double stops by string players because it means playing two strings at once.

Playing chords on the violin is an advanced technique that may seem intimidating at first. Fortunately, you don’t have to start with Bach’s Chaconne. There are several beginner-friendly chords you can learn to add flash and style to your playing. Chords start showing up in many intermediate pieces, so learning them will broaden your repertoire.

In this article you find 8 easy violin chords for beginners to start practicing. See the rest of the article afterwards for how to read chords and a few technical tips for playing them well.

Quick note: There are multiple ways to play any chord on the violin. Here I give only the most common and logical way for each chord. Also, you might notice that the notes are played in different orders, as in the lowest note, or root of the chord, is not always on the bottom. That is because on a violin it is not always practical or possible to play a triad from top to bottom. Regardless of what order the notes are in, it is still the same chord.

How to play chords on the violin?

The bridge of a violin is curved and not flat like that of a guitar. This is why it’s possible to bow on one string. When you would try the same on guitar (or ukulele or mandolin), you would hit all the strings at the same time. However if you try to play chords, this is a bit harder.

Why is it difficult to play chords on the violin?

Here are four different ways to play chords on the violin:

An arpeggio means to play the notes of a chord one by one from bottom to top or from top to bottom. This can be an on the string arpeggio or a jumping arpeggio. You generally play the chord on one bow stroke.

You first play the two lower notes of the chord and after that on the same bow stroke the two higher notes. You can do this with a three note chord as well as a four note chord. This is the usual way to play chords, for example like those in Bach’s Chaconne.

An alternative way is to play the chord somewhat arpeggiated connected by double stop and then end on the highest note of the chord. Think about Bach’s Adagio from the g minor sonata. 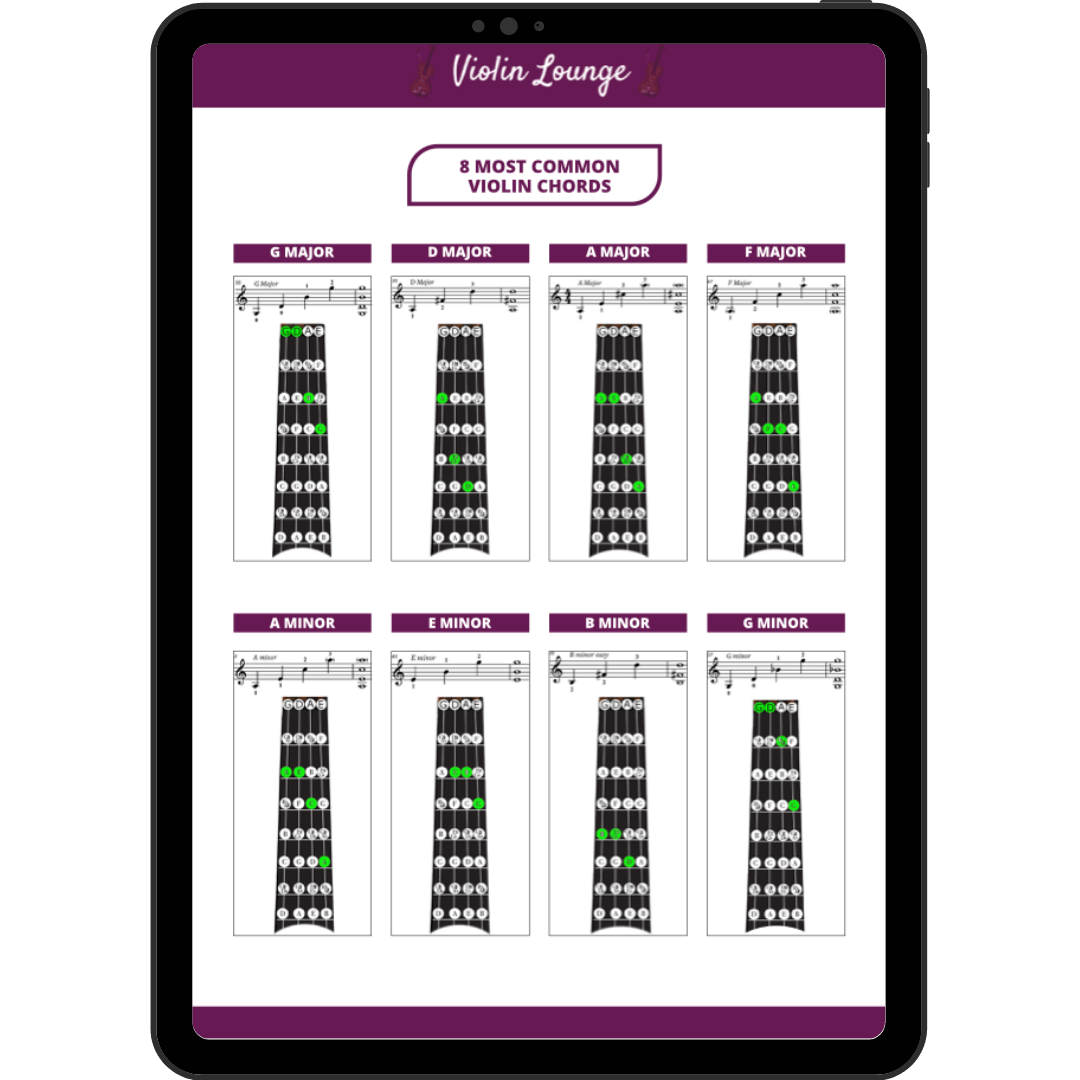 Handy downloadable PDF of all violin chords mentioned in this article. You can save it, print it, laminate it, put it on your music stand, frame it: it’s all yours for free.

Guess what: I’m also including two PDF’s of ALL major and minor violin chords, do you have everything complete to practice.

Below you’ll learn the most common chords on the violin. For each chord you’ll find a description how to play it, the sheet music notation, a sound sample and a finger chart.

Please note that the sound samples are of a synthetic violin and not actual recordings.

Are you looking for ALL major and minor chords on the violin? Check out these complete chord charts!

The notes of the G Major chord are G B D. Play open G and open D strings, then 1st finger B on A and 2nd finger G on E. For a three-note chord, leave out the bottom or the top note, but all four notes together is beautifully resonant. 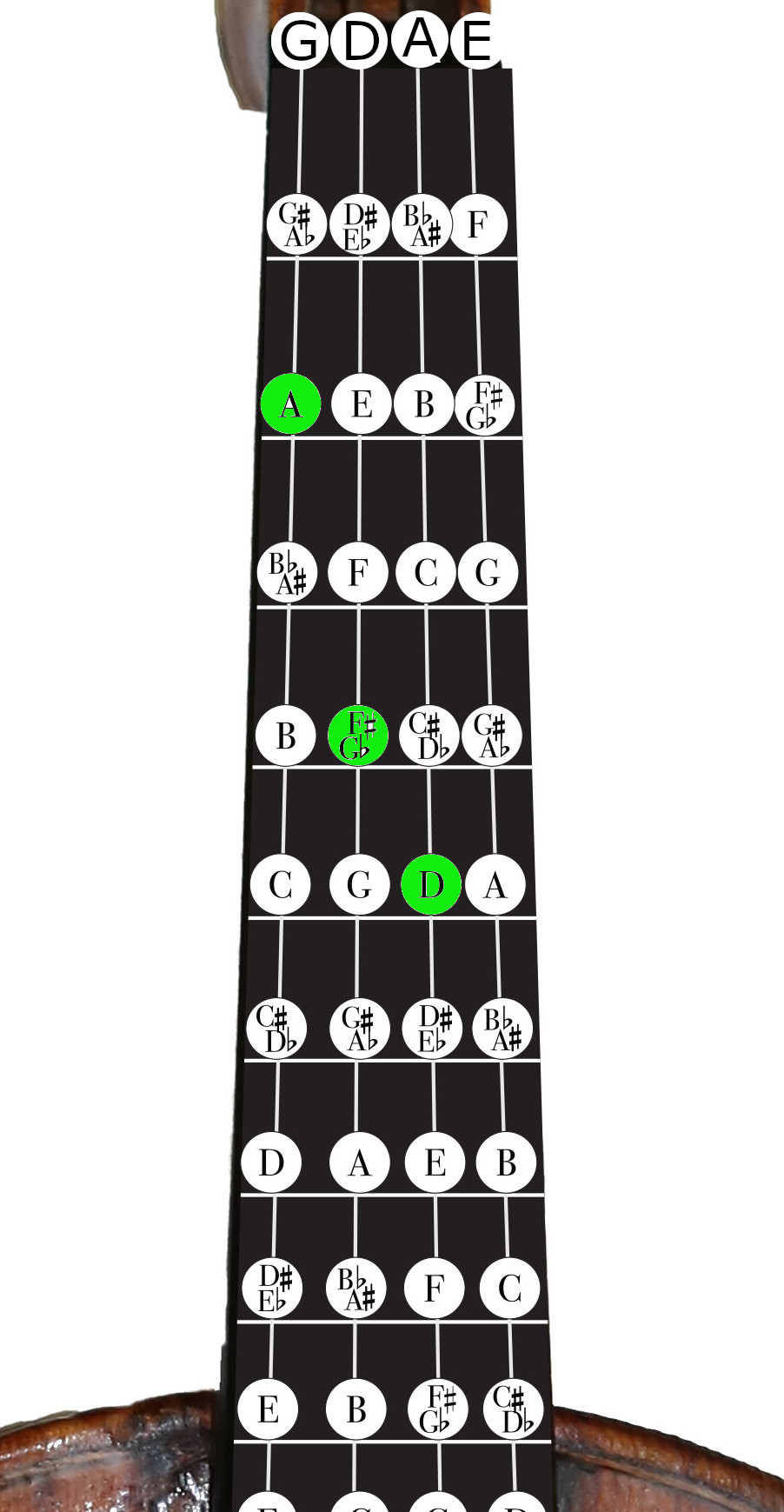 The notes of the A Major chord are A C# E. Play 1st finger E on D, high 2nd finger C# on A, and 3rd finger A on E. To make it a four-note chord, add the A on the G string by putting 1st finger on both low strings together. 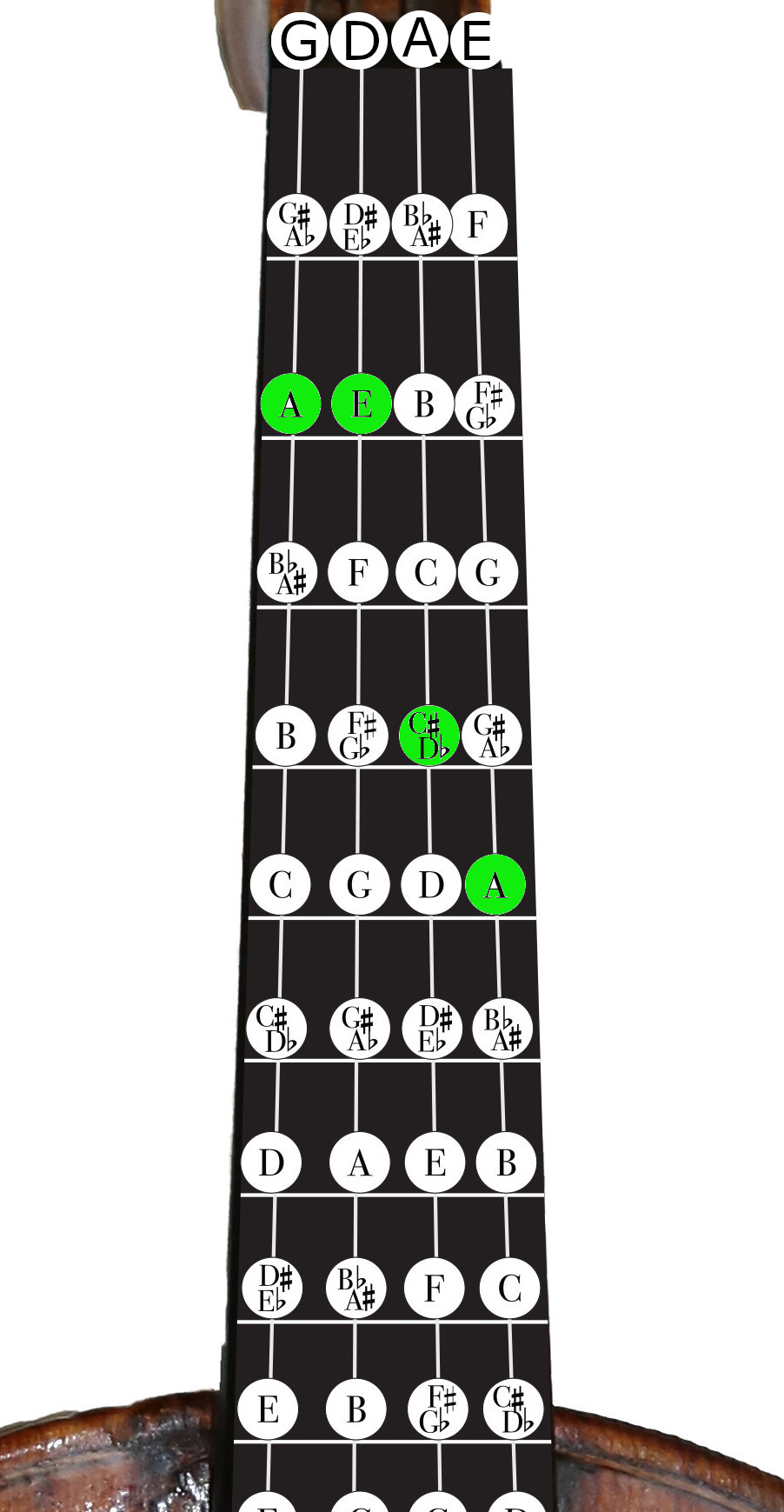 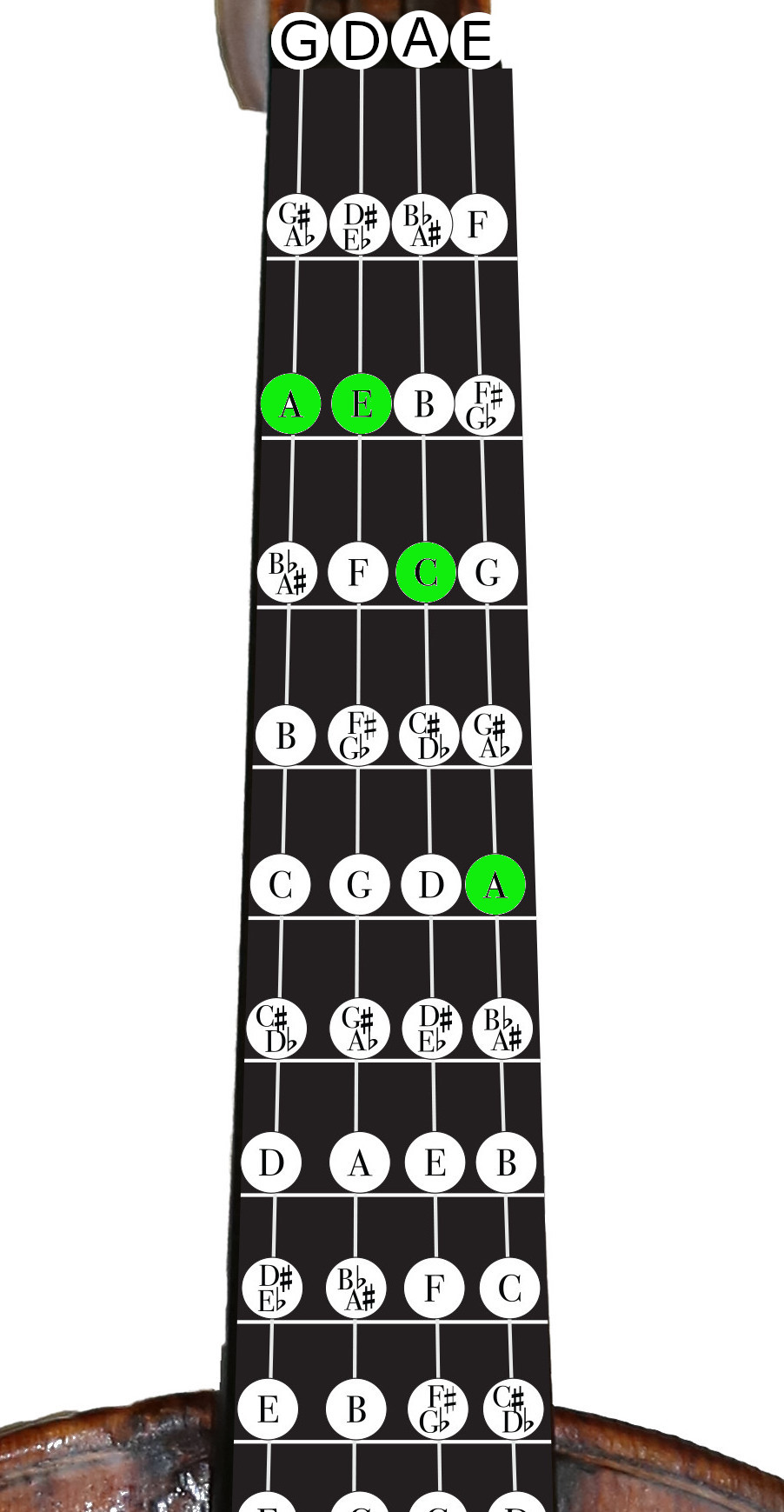 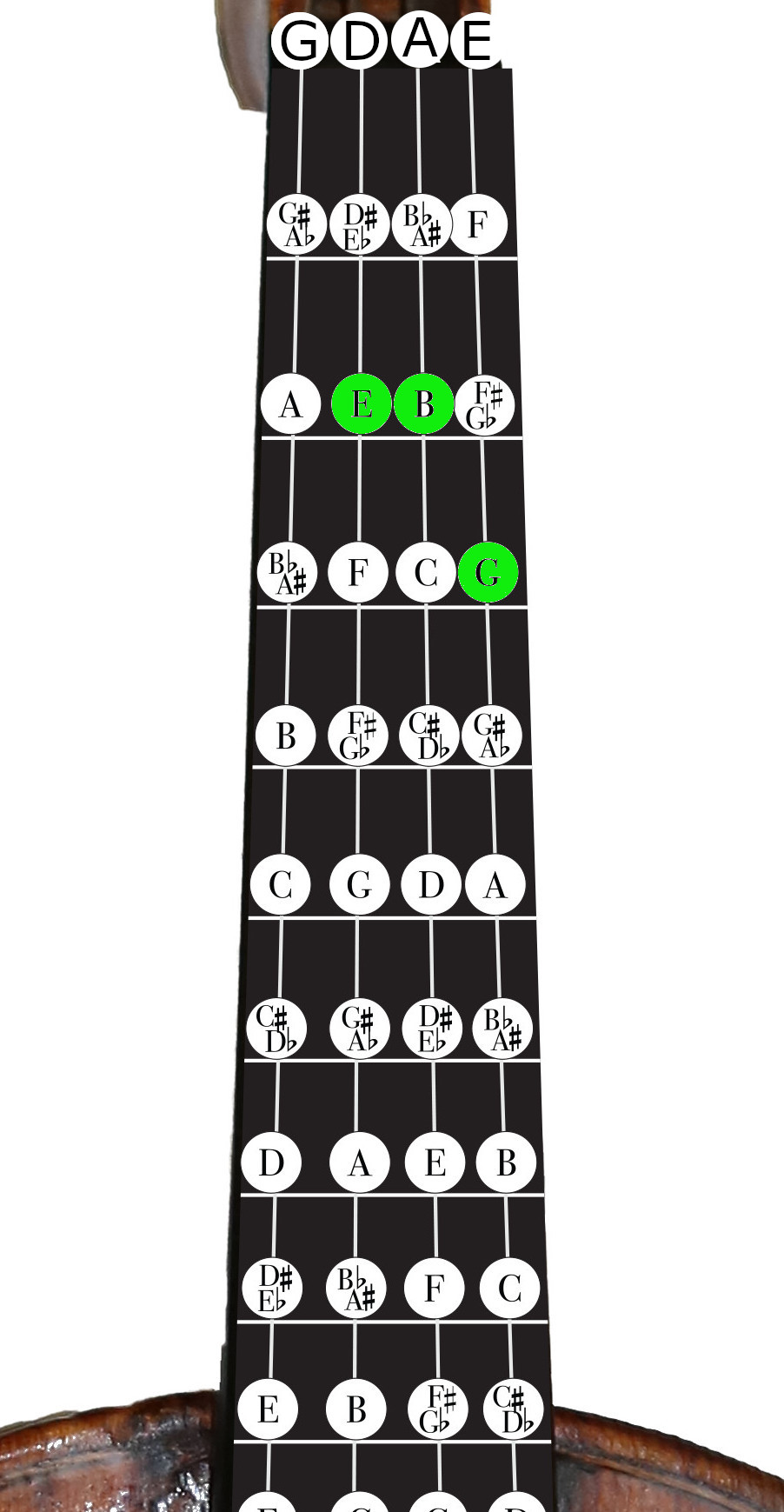 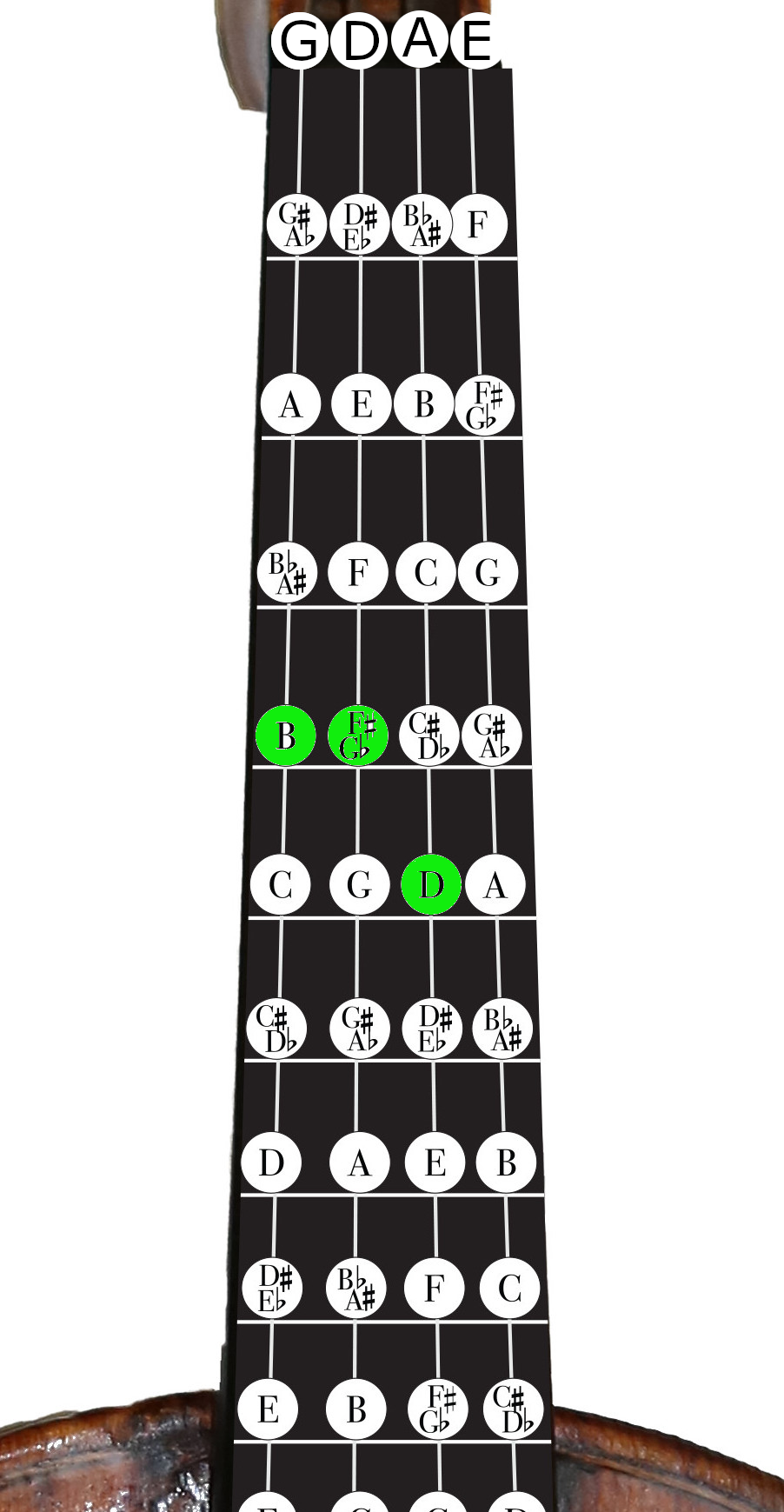 This is the only minor chord on this list that is in a flat key. The notes of the G Minor chord are G B♭ D. Play open G, open D, low 1st finger B♭ on A, and low 2nd finger G on E. 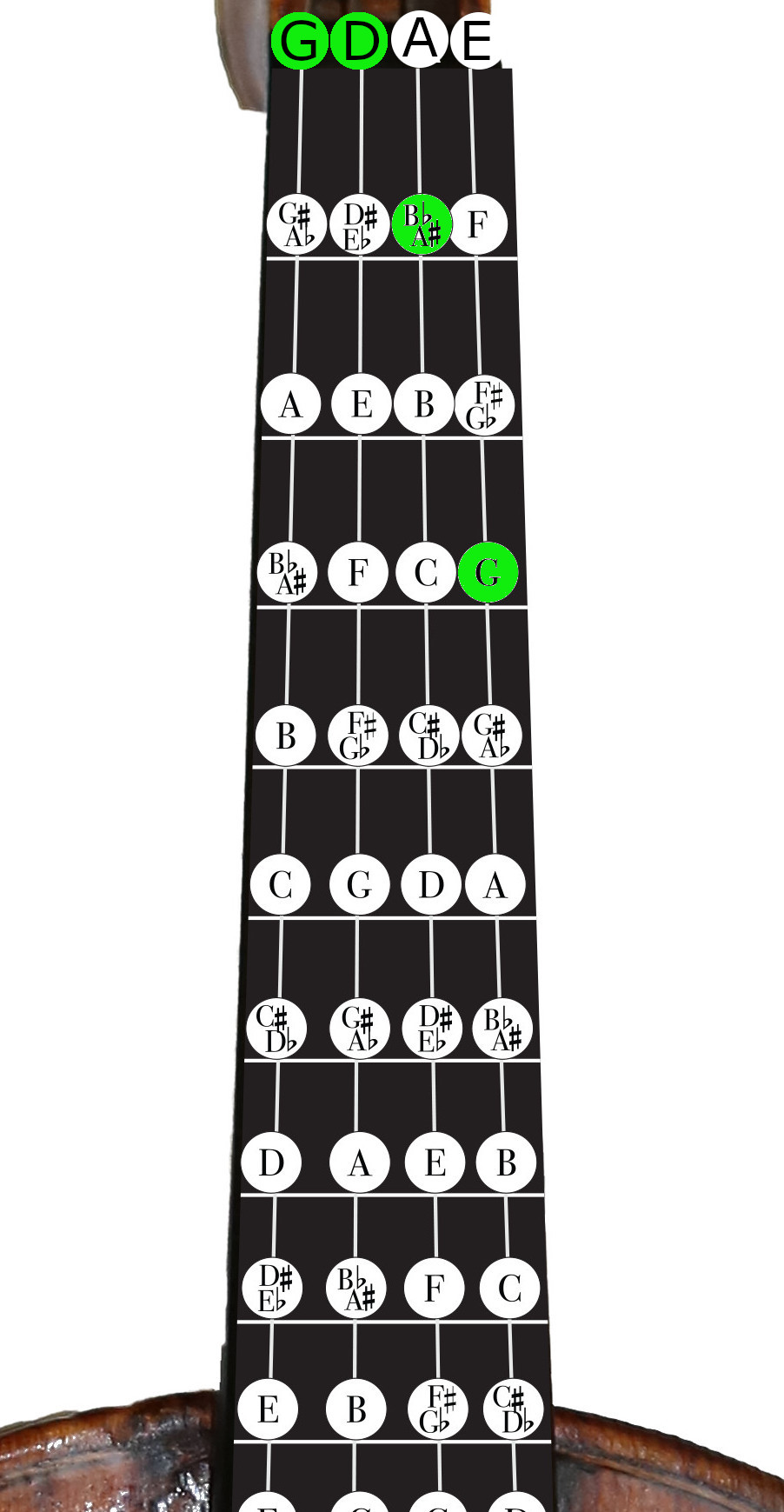 Wonderful! I can now play the eight most common chords on the violin! #violinist #violin Click To Tweet

Handy downloadable PDF of all violin chords mentioned in this article. You can save it, print it, laminate it, put it on your music stand, frame it: it’s all yours for free.

Guess what: I’m also including two PDF’s of ALL major and minor violin chords, do you have everything complete to practice.

How to Read Violin Chords

What if you are trying to learn a chord in a piece and don’t have a chord chart? How in the world do you figure out where to play each note when they’re all on top of each other? Just remember that to play chords on the violin, every note must be on a different string. The chords you see as a beginner will probably be in first position, so the lower the note, the lower the string. In some cases you will need to use 4th finger, or play two strings with the same finger. You probably noticed in the above chords that several of them had the same finger on two different strings. Often that is the only way to play all the notes in the chord.

Tips for Playing Beautiful Chords on the Violin

Check out these chord charts with sheet music and audio samples of all major and minor chords on the violin.