A horse peed on your bow hair!

and 21 more interesting violin facts. Did you know this about your violin?

Although no one knows for sure, historians believe that the very first violin was made by Andrea Amati in the 1500s. He created at least 2 three-stringed violins in the 1540s and was commissioned to create the first four-stringed violin by a wealthy family, the Medici’s, in the 1550s.

… but the violin has changed a lot since then!

Our modern violins are not the same as the ones made prior to the 18th century (the 1700s). Instruments made before this are now referred to as “Baroque violins” (the word “Baroque” refers to the time period from about 1600 to 1750). These instruments had longer necks, smaller bridges, no chinrests, and the bows held a convex (outward) curve. In 1786, Francoise Xavier Tourte created the modern bow which has a concave (inward) curve and standardized the length and weight of the bow. This invention spurred several details on the violin to be changed as well: the fingerboard was made longer so that players could play higher notes, the bridge was made larger to hold the tension of the longer strings, and the chin rest was added for comfort. It’s safe to say that the violin got a major makeover!

Violins are named after cows

The word “violin” comes from the Latin word “vitula” which means “calf” (a calf is a baby cow). It’s fun to think that the violin was named after cows, however, “vitula” has an alternate meaning: stringed musical instrument (which is probably more likely).

Violin making is no easy job! Violin makers, called luthiers, go to school for up to 2 years to learn how to make violins, which are typically made from over 70 pieces of spruce or maple wood.

What’s about the cat intestines?

Nowadays, most violin strings are made out of steel. However, in all the violin centuries before around 1900, violin strings were made out of sheep’s gut, which was stretched, dried, and twisted. Gut strings still exist today but are most often used in Baroque period practice, which is when the players try to get as close to the original conditions of the music as possible. To do so, the performers gut strings, period instruments, and tune the instruments down.

The name catgut is confusing. There are two explanations for the mix up. Catgut is an abbreviation of the word cattle gut. Gut strings are made from sheep or goat intestines, in the past also from horse, mule or donkey intestines. Whatever was available if you were a budding 17th century fiddler. Otherwise catgut could be from the word kitgut or kitstring. Kit meant fiddle, not kitten.

Rosin is made out of tree sap

Rosin is used to help the bow stick to the strings. When the bow hair rubs against the rosin, small particles will come off as a sticky, rubbery, white substance. This substance helps the bow hair “grab” the string by creating friction. Rosin is made by heating the tree sap until it becomes solid. On a side note, please do not lick your rosin, it does not taste good!

The horse hair on your bow may be synthetic

Yes, you read that right! Not all horse hair is created equal, and synthetic hair is often used on less expensive bows. The next time you’re in the market for a bow, be sure to ask if the horse hair is real or synthetic (which is made out of nylon).

If your horse hair is real, it is most likely that your hair came from a horse in a cold climate, such as Siberia, Mongolia, or Canada. The cold climate causes horses to produce hair that is thicker and stronger than that produced by horses in warmer climates.

And no, the hair is not taken from living horses. It is taken from horses in slaughterhouses.

No matter if your horse hair is real or synthetic, each bow is made up of approximately 150-200 strands!

A horse peed on your bow hair!

For the finest bows Mongolian stallion hair is used. Why boy horses and not girl horses? The urine of the stallion makes the hair extra resilient.

Violins come in a wide variety of sizes

Got 18 million dollars lying around for your fiddle?

That’s how much the most expensive violin in the world costs! This instrument dates back to 1741, made by Giuseppe Guarneri and played by Belgian virtuoso, Henri Vieuxteumps. This instrument, aptly named the Vieuxtemps Guarneri, was anonymously donated to American violinist Anne Akiko Meyers.

The world’s biggest and smallest violins

The world’s smallest violin was created by Chen Lianzhi, and measures just one centimeter (or 0.4 inches) long! It is impossible to play on because its strings are so thin.
The world’s largest violin was created by 15 violin makers from the Vogtland Masters of Violin and Bow Making. The violin is 14 feet long (or 4.3 meters) and four and a half feet wide (or 1.4 meters). The bow is 17 feet long (or 5.2 meters), and the violin sounds three octaves below a normal-sized violin.

Before conductors, violinists were the leaders of the orchestra.
The concertmaster (who is the first chair violinist) would lead the orchestra from their position. This gradually changed as orchestras got larger, and the role of the conductor was officially established in the 1900s. It’s no surprise that orchestras delegated another leader besides the concertmaster; playing the challenging repertoire while leading the orchestra is no easy feat!

Is it a violin or a fiddle?

Although playing the violin is not typically seen as exercise, it does require a good amount of right and left-hand movement. Burning 170 calories is about the same as walking for an hour, or drinking one soft drink! Personally, I think playing the violin should be counted towards music and PE credit 😉

The more a violin is played, the better it will sound. Dr. David G. Hunt from the University of London found that continuous forced vibrations to pieces of spruce change the nature of the wood. The wood increases in stiffness and decreases the dampening coefficient, which in turn helps the tone become sweeter and notes to be heard for longer (which is a good thing!)

Violinists are smarter than the average person

Based on research measuring the different levels of cognitive processing, violinists have shown to develop faster processing speeds compared to the average person. String players have also been shown to have larger brains. This is due in part to the complex motor skills and reasoning required to play the instrument. A study from Harvard University found that early training in violin improves several cognitive skills, such as memory, nonverbal reasoning, and attention.

Do you feel smart now?

I’m just trying to imagine how silly and chaotic I would’ve been without the violin.

Violins and the Titanic

In 1912, a ship named the Titanic crashed into an iceberg and tragically killed over 1500 people. Wallace Hartley, first violinist, and leader of the ship’s music ensemble, decided he and his ensemble would play to help keep the passengers calm. We can not know for sure what the last piece they played was, but survivors recall hearing “Nearer My God to Thee” as the ship was sinking.

Fritz Kreisler, a famous violinist, served as a captain in WWI. His extremely refined ear allowed him to determine the location of the artillery by listening to the changing pitch of the shells coming across the battlefield. Playing the violin can save lives!

Have you ever tried to play your violin while riding a bike? Backward?!…

Christian Adam from Germany has! He currently holds the world record for cycling backward with a violin for 60.45 kilometers (or 37.56 miles) in five hours and nine minutes. Don’t try this at home (or with an expensive violin!) 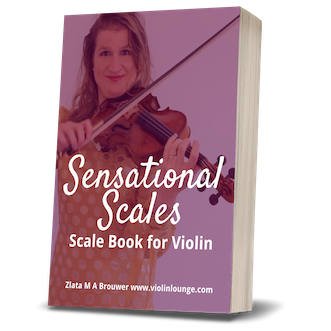 Did Paganini really sell his soul to the devil?

Paganini’s music is some of the most challenging violin repertoire ever written. It is said that Paganini sold his soul to the devil in exchange for his virtuosic talent. However, historians now believe that two genetic disorders attributed to Paganini’s skill. The first, Marfan syndrome, gave Paganini extremely long fingers, which helped him reach octaves, tenths, and beyond, much more easily than the average player. The second, Ehler-Danlos syndrome, caused increased flexibility which helped him play at the speed of light.

I’ll leave you with my favorite quote from Albert Einstein: “If I were not a physicist, I would probably be a musician. I often think in music. I live my daydreams in music. I see my life in terms of music…I cannot tell if I would have done any creative work of importance in music, but I do know that I get the most joy in life out of my violin.”

Which violin fact blowed your mind?

Leave a comment! Or do you know another shocking violin fact? I’d love to read all about it.